Detours are always fun. On my drive from Chettinad in Tamil Nadu to Pondicherry, I stopped to photograph a majestic Karuppasami on the outskirts of a village near Pudukkotai. These larger-than-life statues are usually at the entrance of a village and are considered the guardians of the village. It was also here that I learned about the tradition of mapillai kal or illavata kal. You may have heard of contests centered around Swayam Vara, but it’s unlikely you’ve heard of this one from Tamil Nadu, where men have to lift a spherical stone to win the hand of the bride.

I didn’t even attempt to carry the stone when the village chief informed me that it likely weighed around 110 kg. It’s definitely heavier than what I usually lift during weightlifting at my gym. Illavata Kal lifting is still a sport that you will see in a few villages in Tamil Nadu during the Pongal festivals in January. So just like Popeye needs spinach for a boost, what do potential suitors need to get through their weightlifting game? That village chief told me about the secret ingredient back then – a red grain rice called Mapillai (which translates to root) Samba. Many of these suitors spent weeks dieting a special kanji (porridge) made from this mineral and nutrient-rich heritage rice.

The Cauvery Plains have long been considered the granary of Tamil Nadu. It is one of the oldest rice-growing areas anywhere in the world and is steeped in legends that celebrate the origins of Tamil Nadu primarily. Here rice is not just a crop; it is celebrated in reverence and the state’s farmers continue to be honored in popular culture. A lineage in my father’s family was a rice farmer in the plains of Umbalapadi near Thanjavur. On my most recent visit to Thanjavur, I sat down with General Manager Satish at Great Trails Resort, a riverside retreat located on the banks of the River Vennar, a tributary of the iconic Cauvery River. Our conversation drifted about the region’s rich rice-growing heritage. He directed me to Nanban Farm Products, which epitomizes the rediscovery of traditional ingredients and Tamil Nadu rice varieties.

Nanban is one of many organizations across the state that have returned to organic or sustainable agriculture. Many outfits like Chennai-based Sempulan (CIKS) partnering with local farmers to grow and process traditional rice varieties began to disappear from the state in the 1970s and 80s. It was in Nanban that I chose I got my last batch of Mapillai samba, now my favorite. Mapillai means groom while the suffix Samba refers to the samba season (usually harvested in January).

The legend surrounding rock-lifting competitions highlights the level of endurance this rice is said to provide. It’s high in fiber which aids digestion and is also known to boost immunity, a health attribute we’ve all begun to take seriously in a post-pandemic world. Mapillai samba boasts a lower glycemic index (usually 66-70) than polished white rice making it more suitable for diabetics. In terms of minerals, it is rich in potassium, iron, magnesium and phosphorus.

Aside from its many health benefits, this red sticky rice with its chewy texture is a great substitute for white rice in idli or dosa flour. You can also use it in Appam flour in place of steamed rice; Result: appams with a beautiful pink shade. You can also combine it with poha (aval in Tamil) for a nutritious appam aval. I replaced the standard ponni white rice with samba samba for frozen milk rice – a great summer option and the texture of this rice adds a great dimension. You can try this easy recipe at home

About Ashwin RajagopalanI’m slashie dialect – a content architect, writer, speaker, and cultural intelligence coach. School lunch boxes are often the beginning of our culinary discoveries. It only got stronger as I explored food cultures, street food and fine dining restaurants around the world. I explored cultures and destinations through culinary motifs. I am also passionate about writing about consumer technology and travel.

Why cassava can be a way to reduce food costs

‘It stings’: Dene filmmaker turned away from Cannes red carpet over moccasins 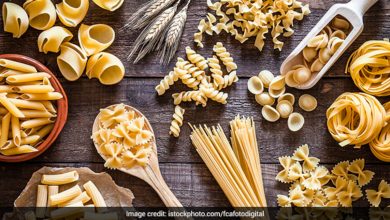 Wait, what? Viral Hack shows how to cook different types of pasta in the same pan 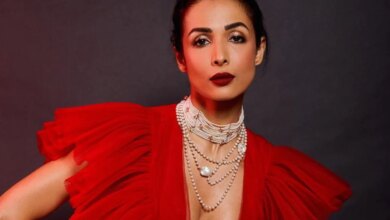 Malaika Aroras “Mouth-Watering” Burger Will Make You Hurt With Hunger 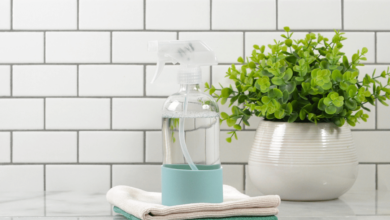 Bathtubs and showers spray to remove soap scum and rust 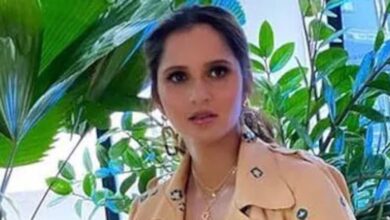 Sania Mirza enjoys this popular Desi for breakfast, guess what it is