The first-generation Subaru BRZ was not a car designed with outright lap times in mind. It was more about the experience, as we saw with the Toyota 86 GTS – currently at the bottom of the CarExpert leaderboard.

Not too much grip, not too much power, but an entertaining steer none the less. It’s a car that would challenge the abilities of all drivers and make it more about managing driving at (and beyond) the limit, rather than anything else.

Although I was aware of the changes to the second-generation Subaru BRZ, I actually didn’t take too much notice of them, and entered this test almost with zero expectations.

It was almost like a blind test (not knowing the changes), which is perfect in a way, and something we used to do a lot in testing World Rally cars. This leaves you with no pre-conceived ideas of what should happen, leaving the results to speak for themselves.

And to say there were changes is an understatement!

We all know the 2.0-litre naturally-aspirated four-cylinder petrol engine in the first-generation Subaru BRZ is/was a little disappointing, but at the same time well matched to the chassis and tyre package on which it sits.

The 152kW of power and 212Nm of torque don’t sound exciting, but the problem is more how it gets there and the very noticeable dip in performance during the mid-range part of the engine.

Then along comes the second-generation Subaru BRZ with decent increases of 22kW and 38Nm, to 174kW and 250Nm, via a 2.4-litre naturally aspirated four-cylinder boxer engine.

Now, I expected an improvement, but this was next level! Everything that was missing is now there… It revs out, it has torque, it’s reactive, it is overall so much more than just a small improvement.

To even compare the two engines is almost pointless. They are in completely different categories now and even though I thought the tyres would make a big difference in lap time, the engine is almost as big a factor, and you couldn’t use one without the other.

The power curve issues with the old engine are completely gone and now the mid-range feels strong and flexible. Exiting the corners, you can balance it right on the limit and pick another gear and it just keeps going. It falls perfectly into the meat of the torque curve and fires the car forward.

You really feel like you are getting the most out of this car and not waiting for something to happen.

The momentum you can carry has improved massively and the flexibility, which was non-existent in the old car, shines. From struggling to get to the top of fourth gear down the main straight, to sitting on the limiter entering turn one, the improvement just jumps out at you.

Our 0-100km/h test showed exactly what was going on. The previous generation did a time of 8.04 seconds, while the 2022 Subaru BRZ did a time of 6.67 seconds. That’s almost 1.5 seconds just getting to 100km/h, and shows the level of difference between the two powerplants.

The brakes were very consistent over all the laps and offered a really good level of feedback. There was no interference from the ABS and I was able to push equally hard on every lap, which is always nice.

The only thing that stood out to me, was the pedal on the second-generation Subaru BRZ felt a fraction longer on the last few laps. I am putting this down to the increase in power and grip, which was making the brakes have to work a bit harder.

It also wasn’t something that affected my lap time at all.

The second-generation Subaru BRZ also had a better stopping time and distance, using two metres less to get from 100km/h to standstill. Mostly due to the tyre grip.

Interestingly, I wouldn’t say there was a huge difference in feeling between the two chassis’, which is actually a compliment, as Subaru had to make changes to handle the increased grip and power, yet the balance and chassis movement is remarkably similar.

They both have that tendency to oversteer off the reactive and precise front end, which gives you the ability to rotate the car nicely as you enter the corner.

The second-generation Subaru BRZ has an ever-so-subtle squat in the rear, which was missing from the first-generation, as you squeeze on the throttle.

The chassis has really been designed to work at the limit and that is where you get the most out of the car. Expect to be chasing it and reacting when pushing, and expect that to be happening at a much higher speed and with more consequences in the new variant.

The second-generation Subaru BRZ chassis keeps all the good parts of the previous-generation but puts it into a new category of performance thanks to the components that complement it.

It’s also nice to see the brand has managed to control the weight of this car and keep it in line with the previous generation. Something that doesn’t happen very often these days…

The six-speed manual gearbox worked well in the first-generation Subaru BRZ; the shift was nice, with a sharp and precise feeling, and I never missed a gear and always felt in control.

But the second-generation Subaru BRZ took this to another level, and I am going to say that this was the best manual gearbox that we have tested on the CarExpert test track.

The confidence and speed with which I could shift was superb, and the most difficult shifts when loaded off the corners were perfect.

I felt the gear ratios in the second-generation Subaru BRZ could have been a bit wider, but you could actually go up a gear in places that you couldn’t in the previous generation. The issues with having to be in the correct gear all the time are improved, and it’s more a case of being careful not to run into the rev limiter, as it gets there so much more quickly.

The limited-slip differentials in both cars were smooth and also offered more than enough locking when it was required. You could balance the cars nicely with some oversteer and drive it from the rear with ease.

The first-generation Subaru BRZ definitely tended to oversteer more, especially if the grip dropped, but it is impressive that Subaru has kept that dynamic, while adding grip to the new car.

Both cars felt reasonably similar suspension-wise on completely different tyres, showing once again that Subaru hasn’t just bolted on performance and forgotten about the whole package.

The second-generation Subaru BRZ offered slightly more movement in dive and roll, but they both offered a good amount of support and were very progressive. The rear of the first-generation could offer more grip to compensate for the tyres, something which you don’t need with the new car.

They are very compliant on any bumps and curbs, inspiring confidence to attack, but done so with an awareness that the rear might get away from you.

I felt really connected to what both cars were doing. They are precise, have a good level of weighting, and felt really linear with what I was asking. The steering feedback was excellent, and it all combined to enhance the whole driving experience.

As I spoke about with the Toyota 86, better tyres would be a game changer for this type of car on the track, if done correctly.

The first-generation Subaru BRZ was designed without track performance in mind, yet adding grip without accommodating for it with the chassis and suspension, isn’t always a perfect outcome.

There was a patch of water on one section of the track, which highlighted the disparity between the tyres, with the Pilot Sport 4s just gliding through with a slight twitch from the rear, while the Primacy HPs wanted to send me off the track for the next two corners.

What Subaru has done well with the second-generation Subaru BRZ, is match the car to the tyre upgrade, and it works an absolute treat. The grip, balance and performance is awesome and the tyres held up to punishment with ease.

I ran with traction and stability control off the whole time in both cars, but be mindful that each will want to step out if pushed.

The second-generation Subaru BRZ is a slight improvement in this department. The seats offered better support and I liked the seating position slightly better. I could get nice and low and at a good angle.

The steering wheel in both cars worked well: small and firm, but matching the feeling of the cars.

The first-generation Subaru BRZ has more of a traditional dash, with the RPMs in the middle of the dash as a priority, which is nice, and the shift light is excellent as well.

The second-generation Subaru BRZ has had a bit of a refresh, and I liked the digital RPM gauge in the centre, with the background flashing as a shift light. It matched nicely with the vibe of the engine that was a bit more reactive.

Gearshift and pedals are in excellent positions and matching revs is a piece of cake.

Firstly, I want to compare the Toyota 86 GTS (64.74 sec) to the first-generation Subaru BRZ.

With the 86, I thought I left some time on the table and it was in the middle of summer, which can make a difference to lap times.

Straight away I improved on the Toyota’s time and managed to sneak it down to a 64.11 second lap on my final effort – a difference which can easily be accounted for with weather and track temperature.

I had to do a double-take when I looked at the first lap from the second-generation Subaru BRZ! Just 61.4 seconds, I almost couldn’t believe it…

That is a crazy step up, and with a few more laps I managed to get down to a 61.10 second time. Exactly three-seconds quicker in 1.89km, which is absolutely insane.

This was so much more than what I could have expected and a completely different experience, it is now a car you can really hustle and you’re not waiting for the grip to come.

The great part is that you can have so much fun in both cars, but it is hard to go back after seeing what the new Subaru BRZ is capable of. 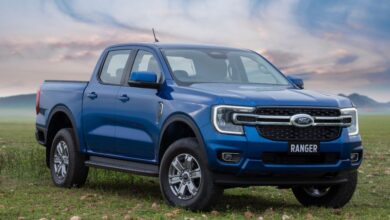 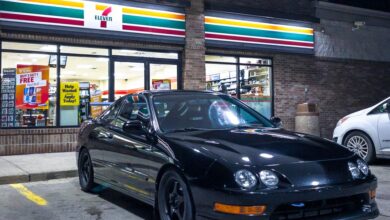 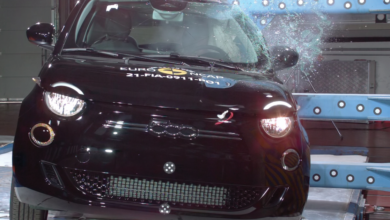 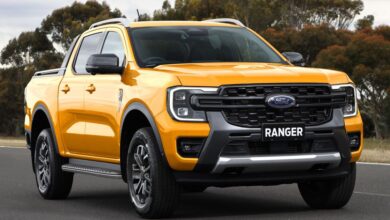