The US Indo-Pacific Command has announced that MacDill Air Force Base’s D-Cells have visited Alaska to train and test their capabilities in the arctic environment.

The ability to rapidly deploy and establish operational locations up front, controlled by multi-role Air Forces, is how the Air Force is creating the future of warfare.

Pilots of the 24th Special Operations Wing, 1st Squadron, also known as the Deployment Room or “D-Cell,” have been doing this for over 60 years.

“The unique thing about us is that we have small teams that can go anywhere,” said Sgt. Nathan Johnson, logistics director and leader of Flight D-Cell Bravo. “And because we can do other things, we can set up a bare base extremely quickly, extremely efficiently.”

Due to having to work in such light and agile teams, being highly capable Pilots is essential to mission success.

“Most of our pilots are in – and I can say this comfortably – probably level three in each other’s career fields, and some even level five,” said Master Sgt. . Sammy Bridges, director of security forces and leader of Flight D-Cell Delta.

“If I fail, the next guy on my team, even though he can be a force [production] the guy works on the generator, or he could be a service guy, guess what? He can still load onto a plane,” added Staff Sergeant. Jonathan Webb, an air transport craftsman. “That thing [multi-capable Airman] The concept is more than what you think it is.

As their visibility shifted to future operational areas, the unit visited Joint Base Elmendorf-Richardson (JBER), Alaska, January 6 to 10, 2023, to test viability their performance in extreme cold environments.

“We are here to see if we can validate the North Pole on what we have to do,” Johnson explains. “We have been somewhere in the world for a long time and the mindset is changing about where we can go. This is so we can test what we’ve been doing since the ’60s in a cold environment.”

The team spent their time in Alaska operating out of Camp Mad Bull, a training area on JBER designed to provide real-life extreme operating conditions to test the unit’s capabilities.

“You’ve gotten used to building and staying at different locations over the past 20 years, where the whole [Department of Defense] used to be, didn’t it?” Johnson said. “So now you come here in a different environment, and you have to check for yourself that it’s zero degrees here compared to where you’re used to building at 90 degrees. [weather].”

During the week, D-Cell worked on troop movements in heavy snow and extreme cold, tenting and night operations, all of which resulted in a simulated battle scenario.

The pilots also spent two days working with the 2nd Battalion of the Alaska National Guard, 211th Aviation Regiment. One day was spent in class with the regiment’s ambulance unit, where they learned how to take care of themselves. Take care of casualties in specific tactical combat in cold weather. The pilots also supported the final combat scenario of the training, providing ambulances to the casualties in the simulated battle.

“We did medical training, [tactical combat casualty care] and things of that nature… now we’re gathering knowledge from the Soldiers here who do the jobs in the mountains and arctic environments,” Webb said. “Taking knowledge of how you treat hypothermia, how you treat frostbite…. than what we’ve dealt with in the last 20 years in a different way [area of responsibility].”

He continued: “It’s not even necessarily cold-weather training in the Arctic, it’s the questions, the back-and-forth of it. “You could read a book about it all day, but if you talk to the author, you get those little details. It’s good to have that insight.”

Once training is over, the team prepares to leave the sub-zero temperatures of Alaska and head back to the warm beaches of Florida – bringing home a host of new skills and proven abilities.

“As leaders, we don’t just think about the actual build and the project,” says Johnson. “In my opinion, it’s about character and close friendship. When you put people in an extreme position in a stressful situation, whether it’s because of the weather outside or threats, how can those people rally together, work on group and response? It was a great experience together.”

The Earth Is Begging You to Accept Smaller EV Batteries 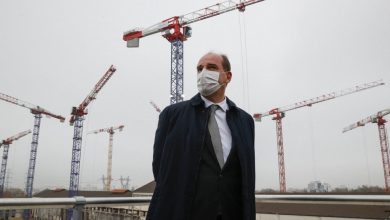 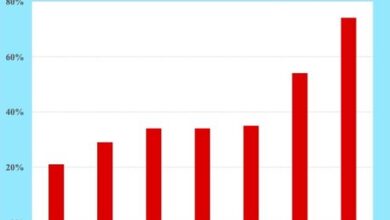 An Integrated Regional Response for the Sahel Crisis — Global Issues 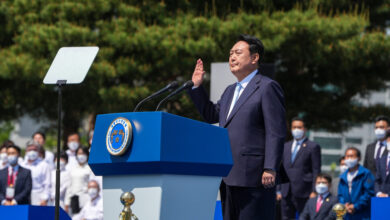